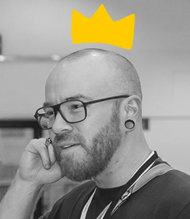 Who is he?
I would have started by stating my age, but I’m changing decades this year, transitioning to one that hurts. So let’s just say I’m old enough to have watched the first runs of Space Sheriff Gavan on TV. I have 3 kids, and I’ve been drawing since I was 3. Long story short: I’ve worked in videogames for years, but since 2015, I take immense pleasure to working on boardgames. My graphical styles are varied: between zombies from “Off the Dead” to loonies in “Loony Quest” and the covers of heroic fantasy novels, there’s so much to explore. The common element would may be a taste for bright colors!

I played Troll & Dragon with my 8-year-old son. We had a lot of fun together. I have to say, I was very surprised at the experience the game offered. I wasn’t expecting to have that much fun while trying a game “for kids”. Since I’m an adult, I assumed I would be bored, but I wasn’t at all! The rules are very well thought out and while you play, you feel exactly the same thing the characters you’re playing as would feel as they try to pilfer the Dragon’s treasure. We were struck by gold fever, a greedy and irresistable feeling… but we were also scared. We were rolling dice as fast as we could, trying to get as many treasures as possible, always with an eye on the dragon, hoping he was still fast asleep. These two feelings work very well together. We played to feel scared… My son was often frightened, but the gentle kind of frightened that kids enjoy feeling, the kind that inspires a positive energy and is released in an explosion of giggles. This happened whether we escaped from the dragon’s lair or not.

I think the theme fits the game perfectly. While playing, you can very easily put yourself in the characters’ shoes. The rules work well with the imaginary world of the game. When something works so well together, you have to ask yourself which came first. Was the world inspired by the game? Or was it the opposite? The last game I felt this way about was Photosynthesis.

… and your inspiration to draw!

There are quite a few factors to consider when you take on a new project. First of all, the universe needs to speak to me, since inspiration and pleasure go hand-in-hand. Without pleasure, it’s too complicated (I’d say impossible) to create good illustrations. Then, I need to trust the publisher of the game. If I do this work, it’s so my illustrations are seen by as many people as possible. Every artist wants their work to reach the biggest audience possible, and the publisher plays a key role in this aspect. Are they going to promote the game? Will the finished product be high-quality? How many countries will it be distributed in? Etc… There are many aspects that make a difference, among the thousands of games published each year. With Troll & Dragon, the universe was obviously very enjoyable, and since I’d already worked several times with the LOKI team, I knew the game would be high-quality.

It frustrates me a bit when I work on games, but can’t play them with my kids since the rules are too complex. So I’ve really enjoyed working on projects aimed at children. I’d previously done some illustrations for this type of audience when I worked on Loony Quest. For Troll & Dragon, it was even more appealing since my son had played the prototype. He can’t wait to play it again, but this time with his dad’s illustrations. I was able to share the entire creative process with him during this project. That process is not always easy for kids to understand, so it was a great opportunity for both of us.

An adventure, a universe, and the characters in them…

To draw characters, I imagine their personality. In Troll & Dragon, there’s the barbarian, who, contrary to her name, is gentle and easily-frightened, but she swore to her clan that she’d bring back gold from the dragon’s lair to prove herself worthy of the barbarian title. Then we have the knight, a braggart who pays a lot of (too much) attention to the state of his hair and armor, but he’s always ready to defend those who are weakest… even though it’s often the ones he’s trying to protect that end up getting him out of trouble. Next is the thief, a crafty guy who always looks out for himself in every situation. His witty jeerings are always appreciated by his co-adventurers, except when they’re the target, of course. The red-headed archer is without a doubt the most audacious member of the team. For her, brushing past the dragon’s smoking nostrils is the simplest way to have a good laugh. She goes on adventures to experience these strong feelings, any gold she gathers is given to needy members of her village. Finally, there’s the mischievous and brave puss-in-boots, who favors discretion and speed. When he enters the Dragon’s lair, he removes his boots for two reasons: to be even quieter, but also to stuff them full of gleaming gold nuggets!

Of course, research is everything, as it is for every project. For each object, character, and place, I need to find sources of inspiration. The more sources an artist finds, the better their work is. It gives more depth to their creations, more credibility, but also more originality, since by gathering inspiration, you can end up exploring new, creative thoughts. My inspirations are taken from the real world, because it’s how we all understand imaginary, illustrated worlds. I’m also inspired by the work of other artists that I admire and whose graphic style can fit the theme of the game, as well as its target players.

I feel like in my childhood, we weren’t as lucky as kids today. Choices were very limited, and games were mediocre compared to what exists now. I remember managing to have fun with Nain Jaune or Pay Day. If we could have fun with these games… I can’t even imagine the overwhelming fun our kids are having today. 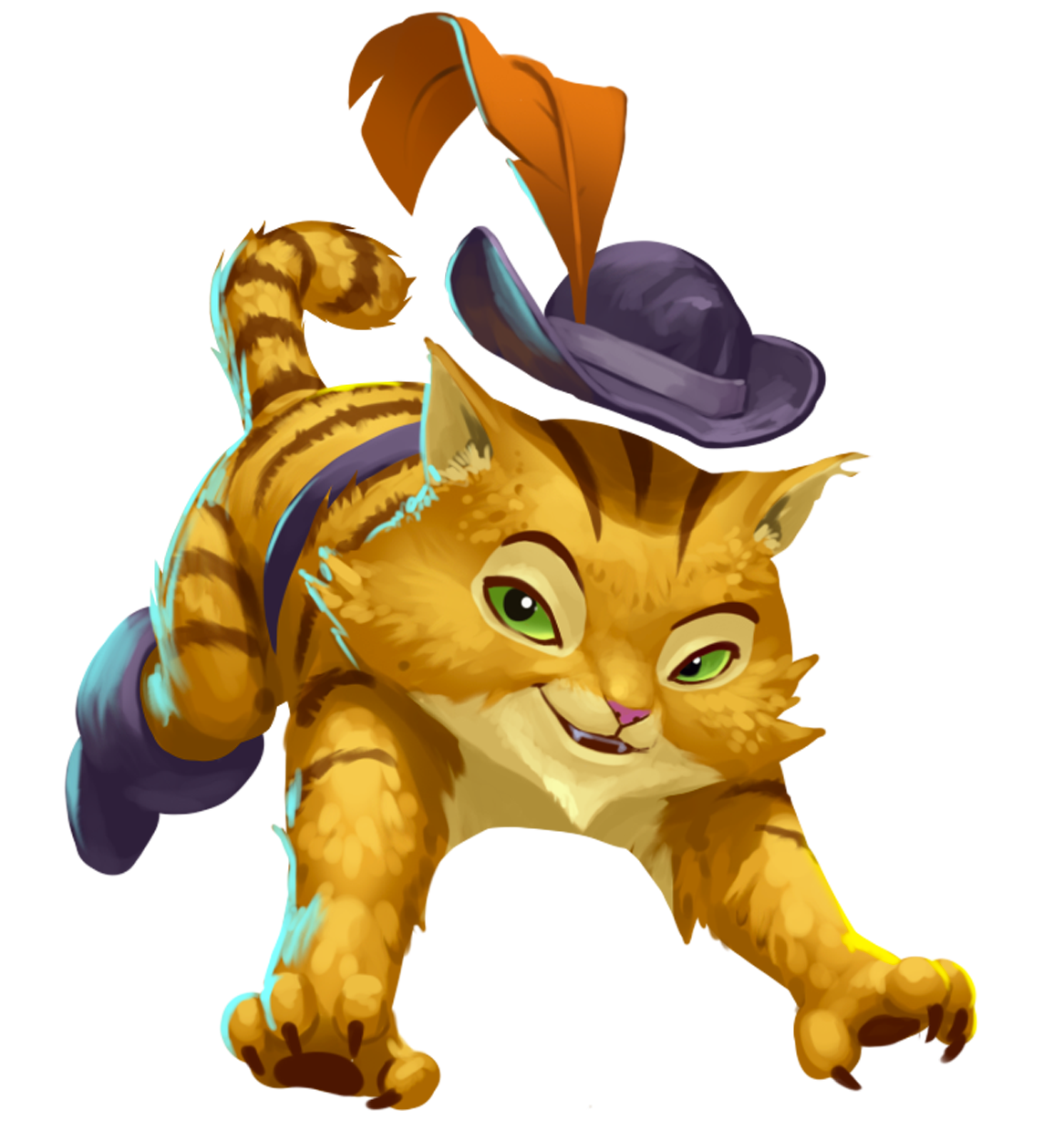